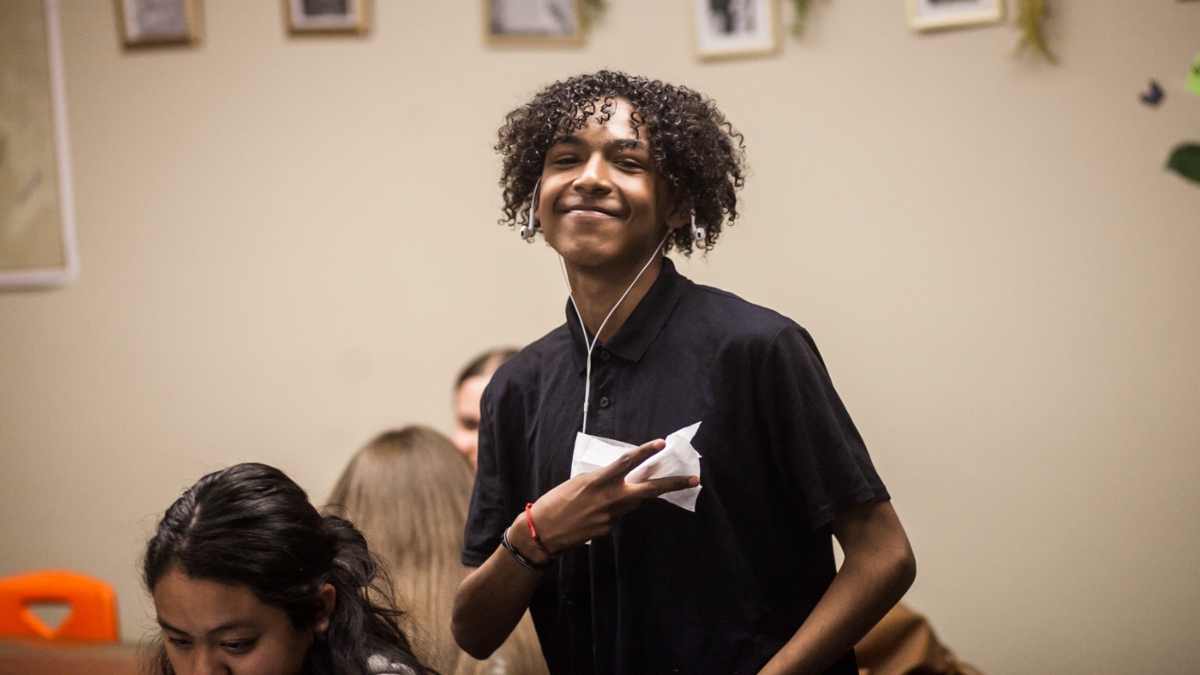 Many educators believe civic education, engagement and activism are vital aspects of learning and maintaining a healthy democracy. All over the country, we are seeing higher levels of civic action being taken by young people.

With this in mind, Empower Generations first-year facilitator Jose Ramos is challenging his learners to engage in the Creating a Difference Project. He has challenged his learners with the driving question “How can we make a compelling argument in order to create change in our community, state or country?”

“I wanted something I had some experience with and that could get the learners engaged,” Ramos said. “I thought this was a perfect way to connect to what they are experiencing now in their communities.”

Ramos said he and his colleagues were having discussions about their advisory sessions and noticed that many of the learners were talking about current issues they’re facing.

“I realized there was a demand essentially to engage in things going on in the world,” Ramos said. “That convinced me to go with it.”

Ramos has been introducing learners to history around civic action and activism. His learners have been examining social movements through news, songs, speeches and other cultural contexts.

Learners ultimately choose a specific issue to pursue in depth and work to create something that promotes action and change.

“It could be a trending social issue, or it could be based on a personal passion,” Ramos said.

Ramos said his learners have a lot of natural passion regarding social justice and change. Ultimately through the project, they will produce a public product, such as a mural, a rally, an event, a public service campaign or even a new organization.

“I’m hoping they walk away with something new they didn’t know before,” Ramos said. “Maybe they will find a passion and take action related to it. I want them to find their voice.”

Ramos feels there are so many reasons to pursue civic learning and action, including an increased sense of agency.

“Too often, people feel like they have to conform. But within this project, I hope they learn it’s OK to be different, think differently and fight for something you care about,” Ramos said. “You need to have evidence and know what you’re doing. But your passions and voice matter.”

“The hope is through this work every day, they find opportunities to invest themselves in something,” Ramos said.

Although the Creating a Difference Project is just getting underway, Ramos is excited about the impact it’s already having. In addition to a high level of learner engagement, Ramos said his colleagues and team at Empower Generations are already getting involved as well.

“Our entire community is aware of what we’re launching here,” Ramos said. “Staff are volunteering to be mentors and even connecting learners with local organizations.

Finally, Ramos said he hopes this work inspires not only the learners but other facilitators and community members to pursue similar civic action as well.