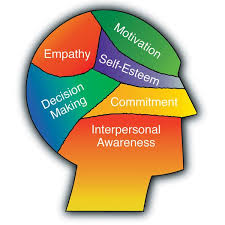 Editor’s Note: This is an article by Jill Fletcher, a poet, AVID college readiness teacher, and writer for Edutopia (where this piece originally appeared).

“Social and emotional learning is more than a side curriculum — it should be woven into everyday activities throughout the school day.”

Paper tweets: I used a paper and pencil version of Twitter in class, an exercise in which learners would initially connect with a friend, an acquaintance, and a classmate with whom they rarely spoke. Sometimes, I used this for formative assessment, but it also worked as an SEL break — learners wrote and discussed anything they wanted with their peers. I didn’t read or assess this writing — it was solely for learners.

Check in before you check out exit passes. Last year, I starting using exit tickets daily to ask learners questions like: How are you feeling? What’s new with you? What do you want to share with me? I was surprised by how many learners wrote that they were sad, bored, or upset when they seemed engaged and outwardly happy, but at least asking these questions allowed me to address their emotional needs more quickly and more often.

Group one-pagers: In groups of four to six, learners would create a sheet called a one-pager with their team name, group favorites, such as food and movies (or any other favorites you’d like to ask them about), and a symbol to represent each member of the group. They also listed their favorite meme.

Relationship-building one-pagers: Learners also created one-pagers about one of their peers or an adult on campus. On a piece of white printer paper, they would draw an image of the person and write their name, and then ask three peers for positive quotes about that person. Next, they would draw three funny or meaningful images, and share two inside jokes or memories of the person. Then they would write a thoughtful, made-up definition of the person’s name. Finally, they created a border in writing around the page with three or four adjectives to describe the person.

Learner-led end-of-quarter celebrations: I gave learners the freedom to create class-bonding celebrations. They selected themes, created potluck sign-ups, made invitations, and set up activities like a cupcake-decorating challenge or group craft projects. Some of the most memorable activities were a karaoke party with a strobe light, a fashion runway walk-off using materials like garbage bags and paper bags, a school-wide scavenger hunt, an escape room challenge, and a blindfolded makeup challenge.